Both adapted from her novel Where's Stephanie?

Based on a true unique, inspirational adoption story. Society forces a man and woman to release their daughter for adoption. They and a faith-filled and strong-willed grandmother are permitted to write letters without identifiable information for the adoption file. The grandmother writes clues in her letter, hoping that one day the clues will lead her granddaughter to her.

BACKGROUND:  This story begins during a time when pregnancy out of wedlock carried a social stigma. To avoid being shunned and publicly ridiculed, the young women were sent away, many against their will, to live in secrecy at a home for unwed mothers in exchange for giving up their babies for adoption. Between 1945-1990, over four million babies, were released for adoption under these circumstances.

In 1982, Ian Weber, who is engaged to be married, confesses to his mother, Anna Weber, that Tara Harper, a girl he used to date is pregnant with his child. His choices are abortion, adoption, marry Tara and break his fiancee's heart, or give Tara the stigma of raising an illegitimate child. Tara wants her baby, but decides on abortion. Anna makes a phone call that results in Tara keeping her baby. Her mother supports her keeping her baby, but her father threatens to disown her if she does. Giving into society and family pressures, Tara leaves town to live in secret at a home for unwed mothers until Stephanie is born. Tara invites Anna to see Stephanie before she releases her for adoption. Ian asks Social Services for custody, but is told he has no rights. Anna, asks if she can adopt Stephanie, but is told that a grandparent's have no rights.

Tara, Ian and Anna are permitted to write letters without identifiable information to Stephanie in her adoption file. Anna places clues in her letter, hoping that one day, by some miracle, the clues will help Stephanie find her. Social Services discards two pages and blacken a lot of the rest of her letter.

The rest of the story, which spans over the course of several decades in what can only be described as a divine intervention, Stephanie and Anna are placed directly in each other's path over and over again. Even though their families are over a hundred miles apart, their lives are divinely intertwined. An effective drama about the tenacity of family love. 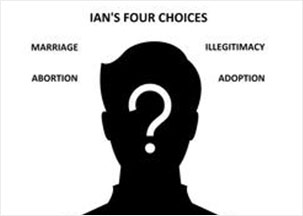 In 1982, Anna's son, Ian, found out his former girlfriend, Tara, was pregnant, he had four choices. He could marry Tara and break his fiancees heart. Abortion was against his family's beliefs. Having a child out of wedlock was absolutely scandalous. If he didn't marry Tara, she and her child would be shunned and publicly ridiculed. Adoption was an option, but that was his flesh and blood. 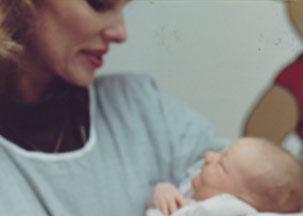 Anna got to hold Stephanie to tell her "Hello" and "Goodbye" at the same time before she was placed for adoption. 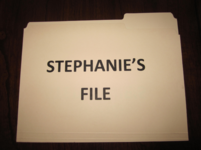 Anna places clues in Stephanie's file at Social Services, hoping that one day, by some miracle, Stephanie will follow the clues and find her. 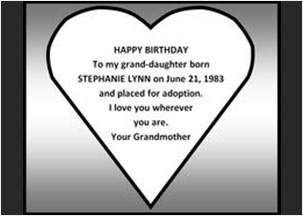 Each year, Anna places an ad in newspapers wishing Stephanie a Happy Birthday. 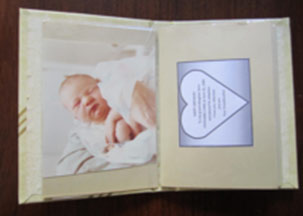 Anna maintains a mini-photo album with Stephanie's first photos, the newspaper ads wishing her a Happy Birthday, plus other items including Stephanie's biological mother's wedding announcement. Anna's longest running prayer is that one day she will be able to share the album with her granddaughter, so that her granddaughter will know that she was always loved and never forgotten. 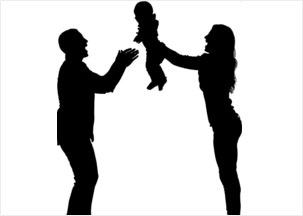 Many miles away, Claire and Mike, who had tried for ten years to have a child, adopted a baby girl they named Sadie. 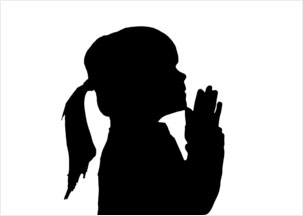 Sadie could not have been adopted into a better family. She was given much love, guidance and the best opportunities in life with Claire and Mike and their large extended family.

Where’s Stephanie? A Story of Love, Faith, and Courage

by Lenora Livingston is available worldwide in the following formats.

Available directly from Amazon at https://amazon.com/dp/1511737417  or from your favorite book seller.