Tara lets Anna hold her baby, who she named Stephanie, before she places her for adoption. To Anna, losing Stephanie was like a death without a funeral.

Who is Lenora Livingston, the author of novel Where's Stephanie?   She's none other than Jo-Ann "Jody" Bierer Wilhelm the screenwriter who wrote the feature script Letters to Stephanie and short script The Ultimate Gift. Together they have won awards in over thirty film festivals and script-writing contests. So who is Lenora Livingston aka Jo-Ann Bierer Wilhelm aka Jody?

As a child she, enjoyed writing poetry in her rural three-room, three-teacher, wooden school house that covered grades one through six. The school, which was only accessible by dirt road, had a pot-bellied stove, a hand pump outside for its water source, and two paths, one to a girl’s two-seater privy and one to the boys. She was afraid to go near a third privy for fear of death. It was boarded up and covered with vines, because a little girl had died from a black widow spider in it.

Jody's mother died of leukemia at the age of 31, leaving behind seven children, ages five months to thirteen years. She was the middle child. Her father did not remarry until all of his children were grown.

Her first published work was In Memoriam, a poem she wrote at age seventeen in the memory of a classmate who died from cancer. 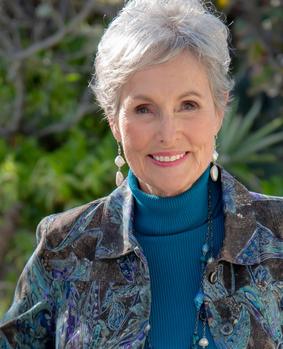 She married young and, as the mother to three children, ages one, three and five, enrolled at the University of South Carolina. Her first studies were by correspondence courses, because she lacked transportation and could not afford a baby sitter. After she completed a year’s worth of courses, which was the maximum the university allowed by correspondence, she attended night school while her husband baby sat. After the death of her only daughter from encephalitis, she attended the university full time in order to keep her mind occupied. It took her nine and one-half years to earn her BA in Education.

After divorcing her first husband, as a single parent and middle-school teacher she adopted a third son. She also earned her MAT in Geography by taking classes at night, weekends, and summers. During this time she wrote the history-geography book entitled West Columbia, USA. Plus, she proudly wrote the humorous short story My Pop Was My Mom, a tribute to her father, which was published in The State Magazine shortly before his death in 1986. She later continued post master's studies at The Citadel in Charleston, South Carolina to earn certification in elementary school guidance counseling.

Some of her writing talents were used to create programs for the school system. She won statewide recognition as a middle-school teacher for developing and implementing a Conservation Education teaching unit. Later, as a guidance counselor, she won statewide recognition for developing and implementing a Character Education Word-of-the-Month program, which was adopted by other schools in her state.

She has also written numerous articles that have been published in a half dozen newspapers.

Several years ago, her first novel Where's Stephanie? was published and she wrote the feature screenplay Letters to Stephanie and the short script The Ultimate Gift which is the first one-third of the feature script.. Her scripts have won numerous awards in film festivals and script-writing contests.   See Screenwriting/Script Awards on Press Inquiries page.

Jo-Ann has recently produced and directed the first one-third of her winning script, "The Ultimate Gift", and has submitted it to 2022 film festivals as a first time producer. She's hoping to attract the attention of the "right" person to either produce the rest of the story or to pick it up and film it their way with actors they choose.  Progress of this film will be recorded on the Press Inquiries page.

She credits her father, Dr. Bert Bierer, for inspiring her to write.  He encouraged her to write at a level where the average person can easily understand the messages being conveyed. He authored a number of books, including American Veterinary History, Discovering South Carolina, South Carolina Indian Lore and Indians and Artifacts of the Southeast.

She was also strongly influenced by Mark Weston, Playwright, at the Screen Actors Guild Conservatory in New York City. He advised her, "Write with feelings. If you feel it, your readers will too." In his youth, Mark was the original Brylcreem man in television commercials.

As a retired educator, she lives a full life with her awesome husband of forty-two years. They enjoy family gatherings, traveling, golfing, and gardening. Marrying him gave her the added bonus of another daughter and son. Together they have five children, nine grandchildren, and six great-grandchildren.